It's been a while since I last chimed in.I dallied with selling my brewery and get out of it altogether, but that nasty patch has passed.

Recently, I've been occupying myself with a Kegerator Build. Standard deal, chest freezer, collar and components mounted in the collar. But I also want to double up and use it as a controlled fermentation chamber, so I added a Brewmate Temperature controller. 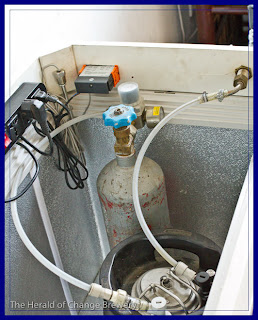 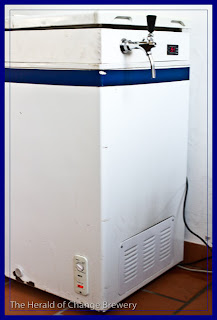 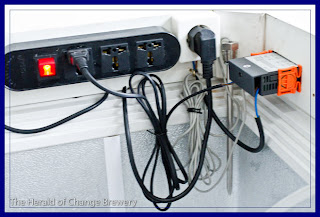 Wiring and Probe Detail
There are still a few issues to sort out, such as the switching of the freezer on and off, apparently I've got some dodgy terminals on the plug, but at least it's ready enough to serve cold beer.
Some feedback on the cider - general consensus was that it was too dry. Force carbonating it also left a slightly bad taste in the mouth due to the poor quality of the CO2 supply, here in Hanoi. Might have to get some kind of CO2 filter system put in place, and that's about it.
Until next time,