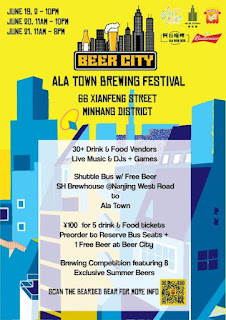 The brief is a sessionable, fruity, Summer Beer, 500-1000L per group. The Shanghai Homebrewers decided to encourage three teams of home brewers to enter and I'm on one of the teams. Our group, "Side Hustle" involves myself and two instructors from SAS - Shanghai American School, John and Mike. John and Mike aspire to start their own brewing company, called "Side Hustle Brewing Co.," hence the team name.
We decided to brew 200L of and American Pale Ale style beer, called "Summer Job," with an aroma and flavour profile leaning towards tropical fruits, rather than citrus. I'll eventually put a recipe up in the BeerSmith Cloud, if its not already there. To help bolster the backbone of the fruity note we decided to use a yeast, called, "Levure Pop Ale," an hitherto unheard of yeast in hobby brewer and Craft Beer communities, (well... I can't find any mention of it on the web anywhere, except on the manufacturer's website,) as we had been given some samples to play around with - it was free! 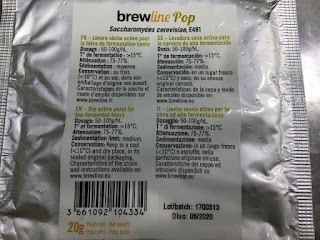 The specs looked pretty encouraging and this was about as experimental as it gets. Free, and not a whisper about it, untried... that's pretty ballsy, daring, and experimental, if you ask me. My call, and it made the others, shall we say, somewhat nervous. I have to admit though, I contacted the manufacturer and their parent company to get further information from them but to date, two weeks later I have still had no word from them. That's disappointing, because the yeast is a beast of a performer, and does what it says, beautifully!
To brew the beer we had to check in to a government certified brewery - we chose to use Shanghai Brewhouse. We found Kevin to be really helpful and supportive, and we couldn't have been more happy with his help, it was excellent. 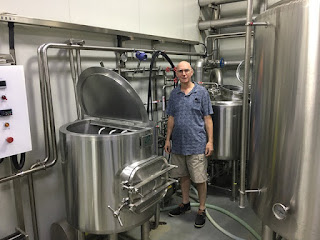 Me and the Zong Ru 200L Nano Brehouse 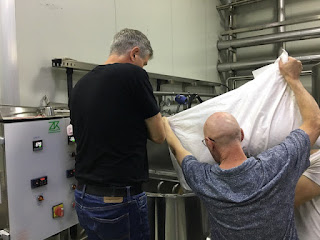 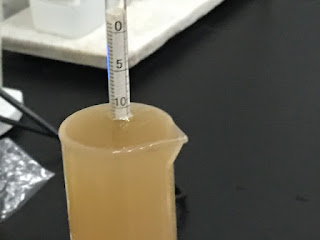 One of the specific gravity measurements 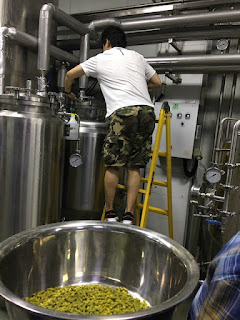 Kevin up the ladder, with Mike waiting to dry hop
All in all the brewday was fantastic! 3 days later we'd gone from 1.052 to 1.012 and Kevin had to stabilise it at 1.012. The fourth day we dry hopped and after secondary we had bottomed out at 1.008. Amazing! The flavour was all that we had hopped (sic.) for so now, we can't wait to present it to the public. If you're in Shanghai and you read this? come on over, try, "Summer Jb,' give us your vote and considered feedback, oh! And don't forget to say, "Hi!"
Until next time,
It's Your Shout, Mate!